If one were to ask Apo Sahagian, frontman of rock group Apo & The Apostles, how it all began, the answer might sound like it was taken out of a movie script: a bunch of guys from Jerusalem and Bethlehem team up with an Australian and a Canadian to play a beer festival in Taybeh, near Ramallah, in 2013. Over the course of two weeks they develop a ten song set, word gets around and they play Bethlehem and Ramallah. In less than a year, they have a hit: Baji Wenek (with over two million views on Youtube so far). But like any other movie, the plot has a conflict: this one revolves around the freedom of movement, or rather – the lack thereof. Having authorities impede travel could be a major obstacle for any band – and it definitely for this up and coming Palestinian rock group.

"I’m from the Armenian quarter of Jerusalem," says Sahagian, referring to the community of less than 1,000 people today, down from about 15,000 at its peak during the 1940s. "Trumpeter Firas Harb and drummer Pierre Taweel are both from Bethlehem and our first bass player, Joel Thorpe is originally from Australia, but Amir Handal, who is also from Bethlehem, took over in 2015", he adds. As if to complicate matters further, the first guitar player, Karim Morcos, is Canadian, Sahagian says. "He works all over the world, so when he can he still collaborates with the band, as well as local guitarist, Victor Kawwas," he explains. The name Apo & the Apostles came from the band mocking Sahagian as a mission-driven benevolent leader. 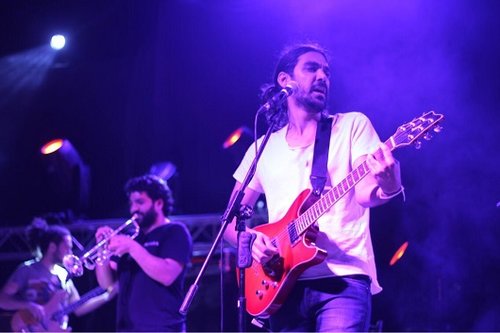 All about the music. Apo and the Apostles live / by Tareq Karram

How would you describe the band’s sound?

"Upbeat, party rock. Although there’s a difference between our studio songs and live songs, it's all basically music made to make you move and feel good: Saturday night music. Having said that, we also have some soul songs and we are always trying to innovate and diversify. I speak English, Armenian, Arabic and Hebrew and the other founding and current band members are also multi-lingual, so our songs are in several languages, mostly in English and Arabic, but there are a few in Armenian and French. We also have one song that’s in a language we made up entirely by ourselves".

"We all write our own original music and songs. I’m the main composer of the music. If the lyrics are in the English, then they are mine or if they’re in Arabic then I just write the chorus by myself and put down the rest of the lyrics together with Firas or sometimes with Victor. I usually have the full idea for the song in my mind and then we all get together and jam it out to see if it works, or just play around with it."

What are the songs about?

"Bygone beloveds. But with an upbeat vibe."

What about politics, the occupation or the conflict?

"No, we stick only to the theme of bygone beloveds – whether it be in this interview or in our songs."

What have been some of the band’s biggest challenges and successes?

"The challenges are by far the lack of accessibility and mobility. For example, we’ll get offers for shows all over but my bandmates have to get permits to enter Israel, so we’ve had to cancel or delay shows many times because of problems with this. As for shows abroad, they can only fly from the airport in Amman, so they have to have to spend at least a few hours in transit on the Allenby Bridge in order to just get to Jordan and then get all the way to Amman, and then the same on the way back – so you can’t just hop on a plane if a gig comes up, not to mention the visa challenges. I guess our main success is that when we are able to play shows, a lot of people turn out. So, we get great crowds and the energy in the room is always incredible, with everyone dancing, singing and jumping around to our beats and melodies. So, it’s a lot of fun for them and for us!". 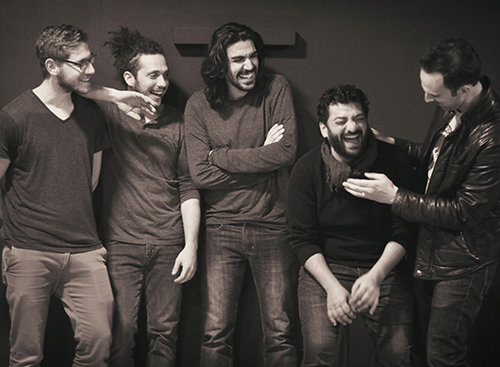 Songs about bygone beloveds. Apo and the Apostles

Where has the band played and did it face any problems?

"So far, we’ve played in Bethlehem, Jerusalem, Ramallah, Bir Zeit, Haifa, Jaffa, Tel Aviv, Nazareth, Majdal Shams, Jordan, France and the Netherlands. I don’t think we’ve ever had any problems or racism directed at us during our shows, although we probably wouldn’t have noticed if we had – we’re all about the music and the energy in the room when we’re playing."

What’s next for Apo & the Apostles?

"We’re getting ready for the release of our English language album, Saving a Dead Sea, which has been in the works for a year now and will come out this Fall. Earlier this month we were in Shefa-'Amr for a festival and we’re working on scheduling shows for Jaffa, Haifa and the Golan Heights, and hopefully many more to come in places all over the world. Someday we’d love to play at Glastonbury on the pyramid stage – that’s the dream!" 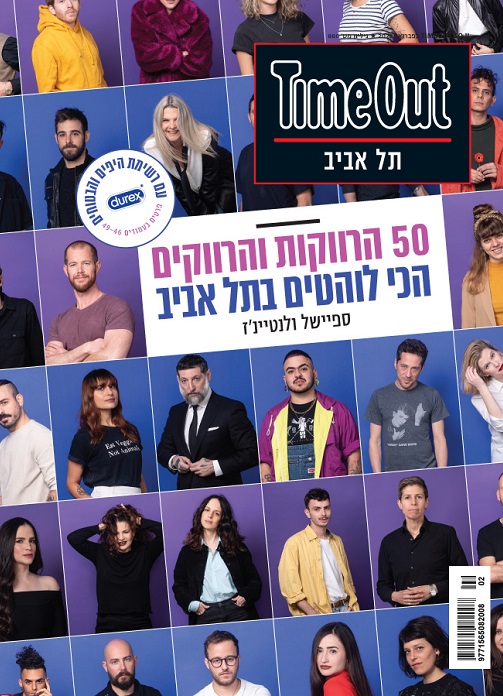